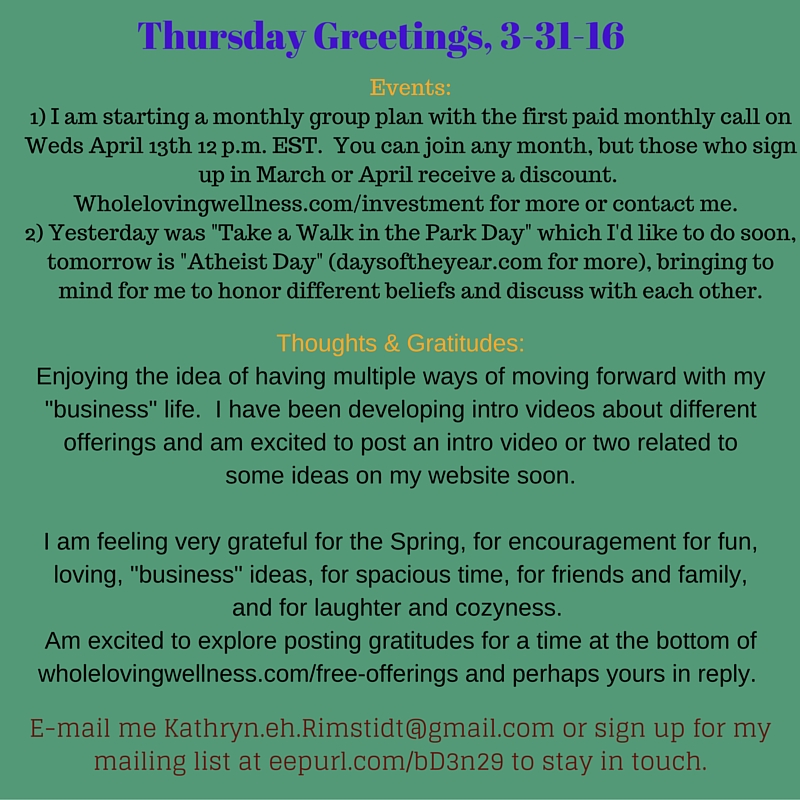 (Also, forgot to note in the Greetings that the Saturday “Day” is from daysoftheyear.com, where I often find the “day” I share.)

Well, to share a bit more here on the blog….this greetings was a little “finicky” with a “for” on its own line, but then when I wrote about it, it moved up, and then the sentence about it remained…..and really emphasized the “imperfect” extra and I notice I could have been done about 10 minutes ago, probably, if I had just let the “for” be on its own line without explanation :), and somewhat sooner than now if I had let the explanation of the “for” being on its own line remain even if it wasn’t on its own line.  Then, at last, I said I’d leave the line in, but then it was gone and then it wouldn’t download.   An extra-reminder of extra “imperfect” possibilities :).

Also, I’ll be posting the info on Facebook soon (If not in March, then in April), but I want to let you know now if you read the blog that there’s a chance to join my monthly calls I’ll be starting in April.  The calls will likely have some extra emphasis, at least to start us off, on having inspiring and decluttered spaces, but will cover other apsects of wellness and be shaped a lot by the members.  And, if you sign up in March or April, I plan to give 20% off the membership if you do a 3-month membership and, for current clients who sign up, there will always be 10% off, so a total of 30% off for these first 3 months if current clients sign up in March or April.  So, contact me directly if you’d like to sign up. 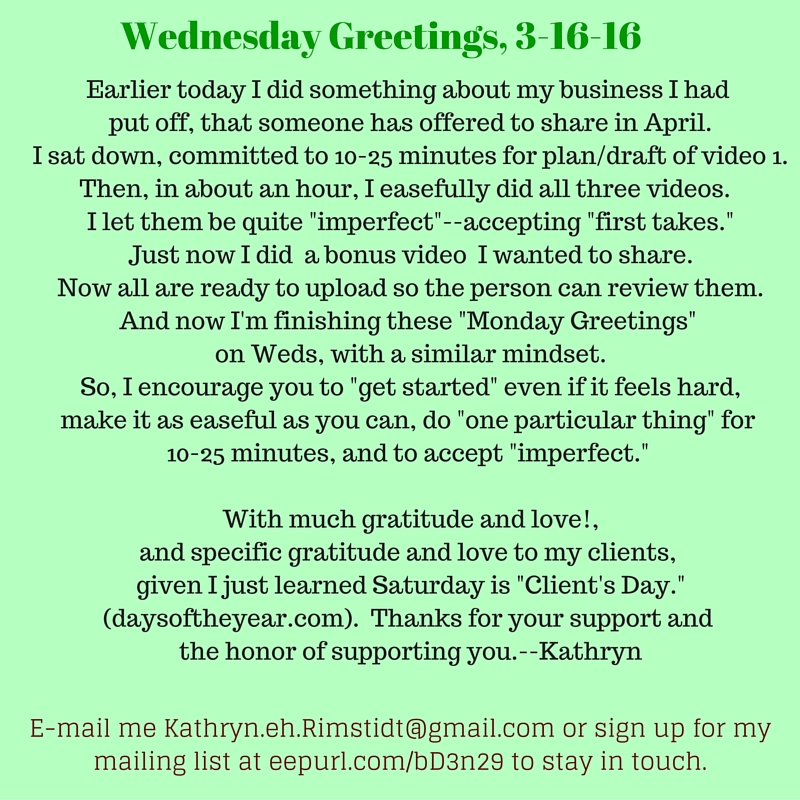 Here is this week’s Monday Greetings including possible action items in both the “Events” and the “Thoughts.”